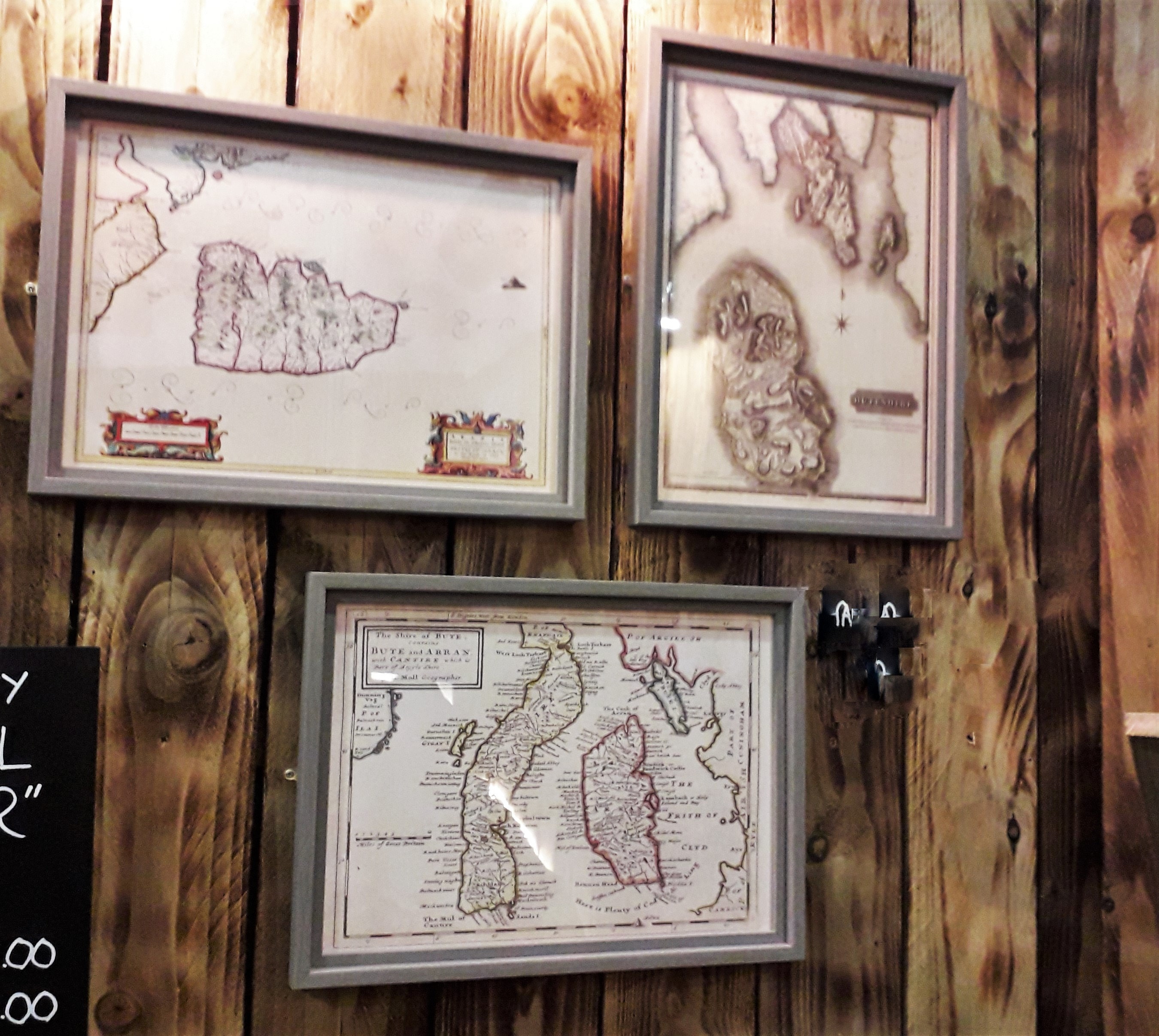 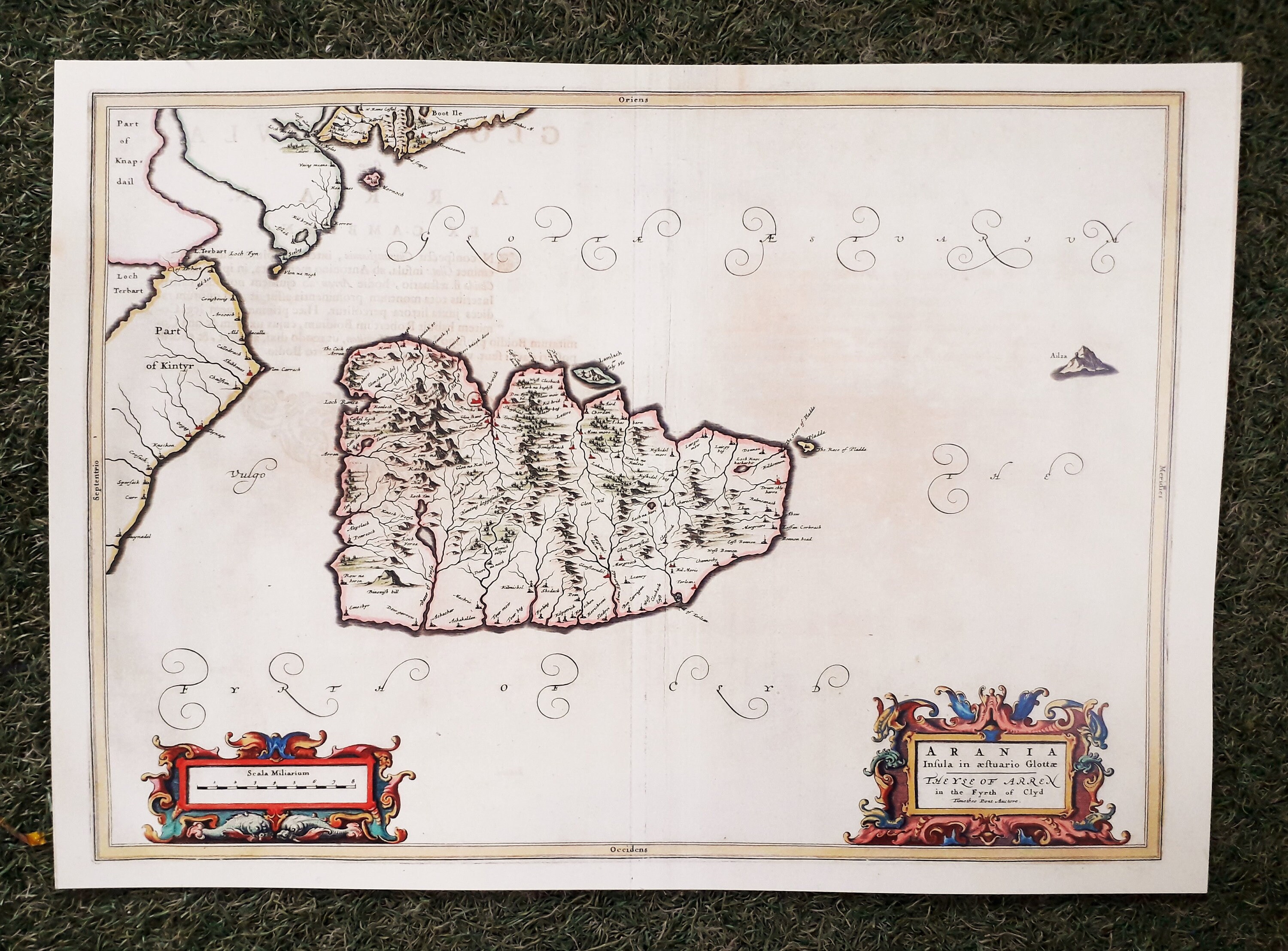 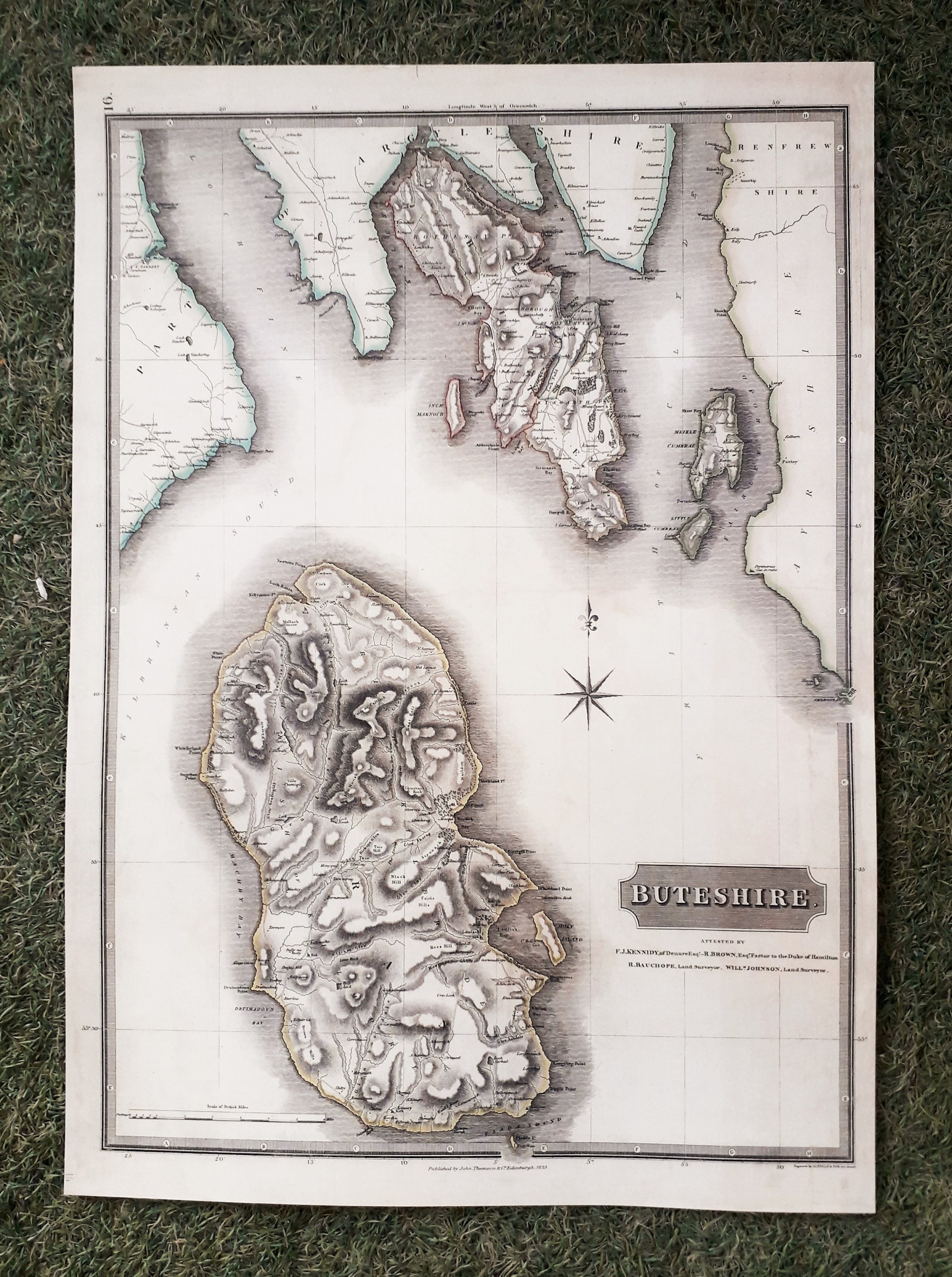 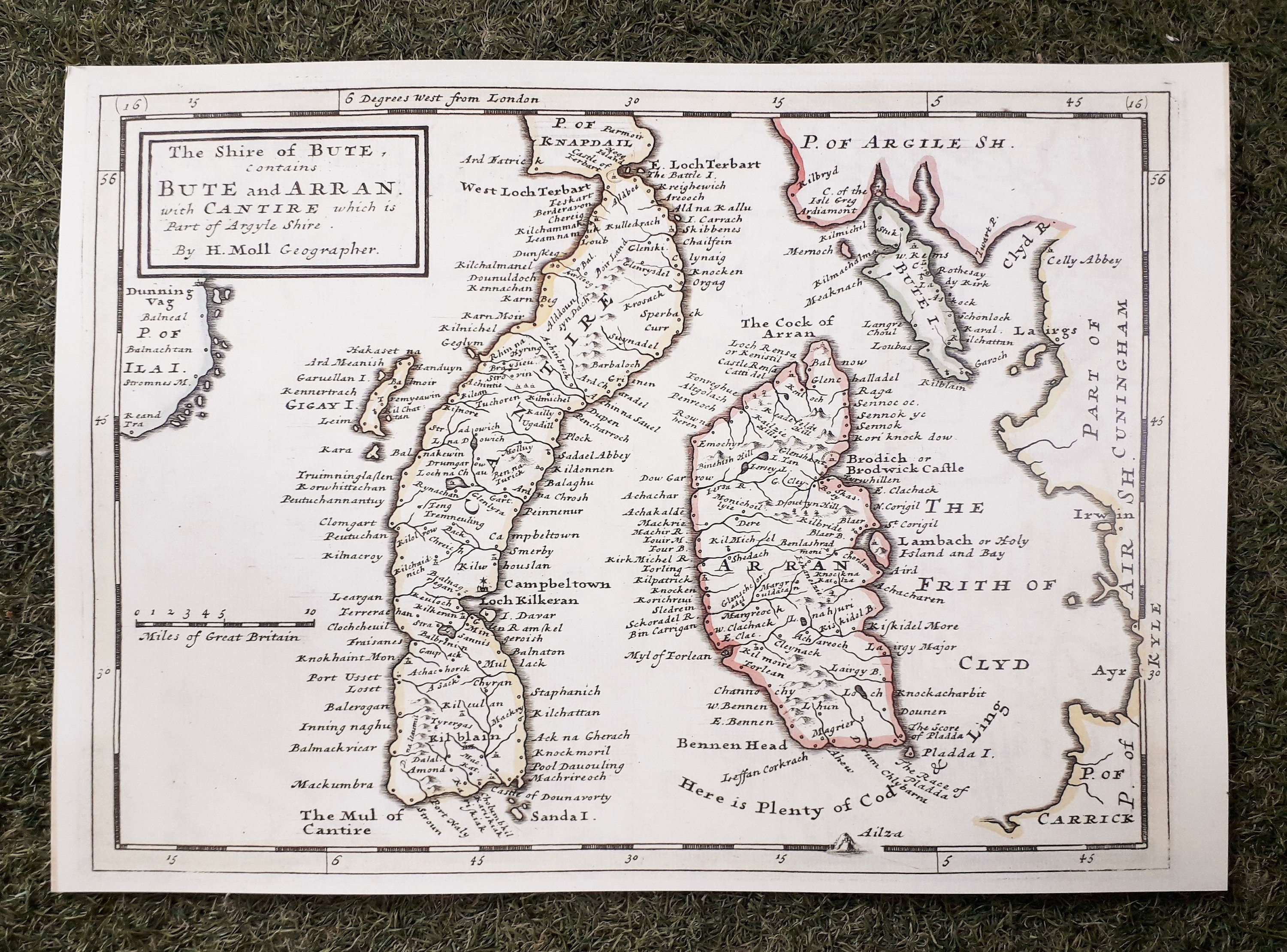 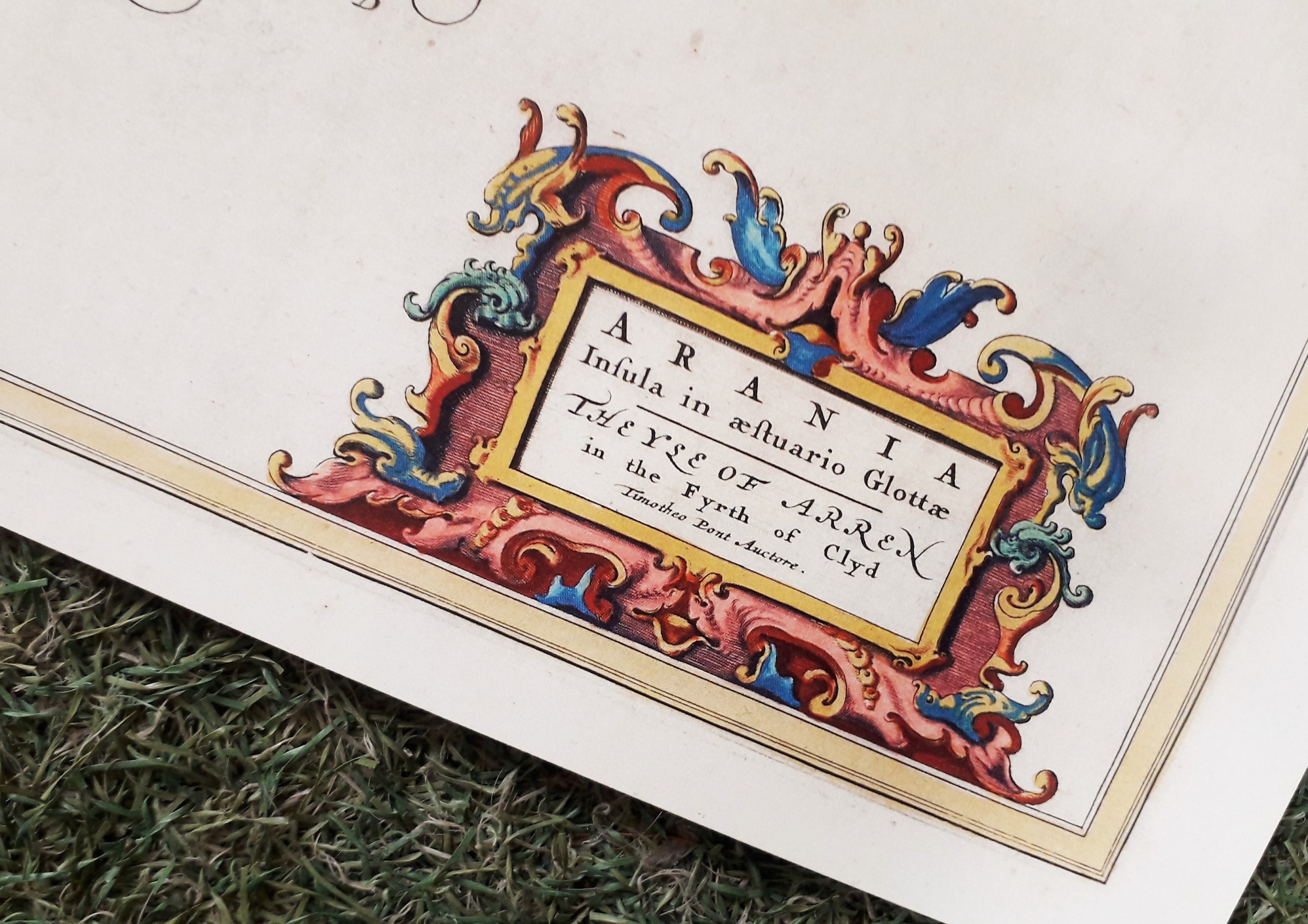 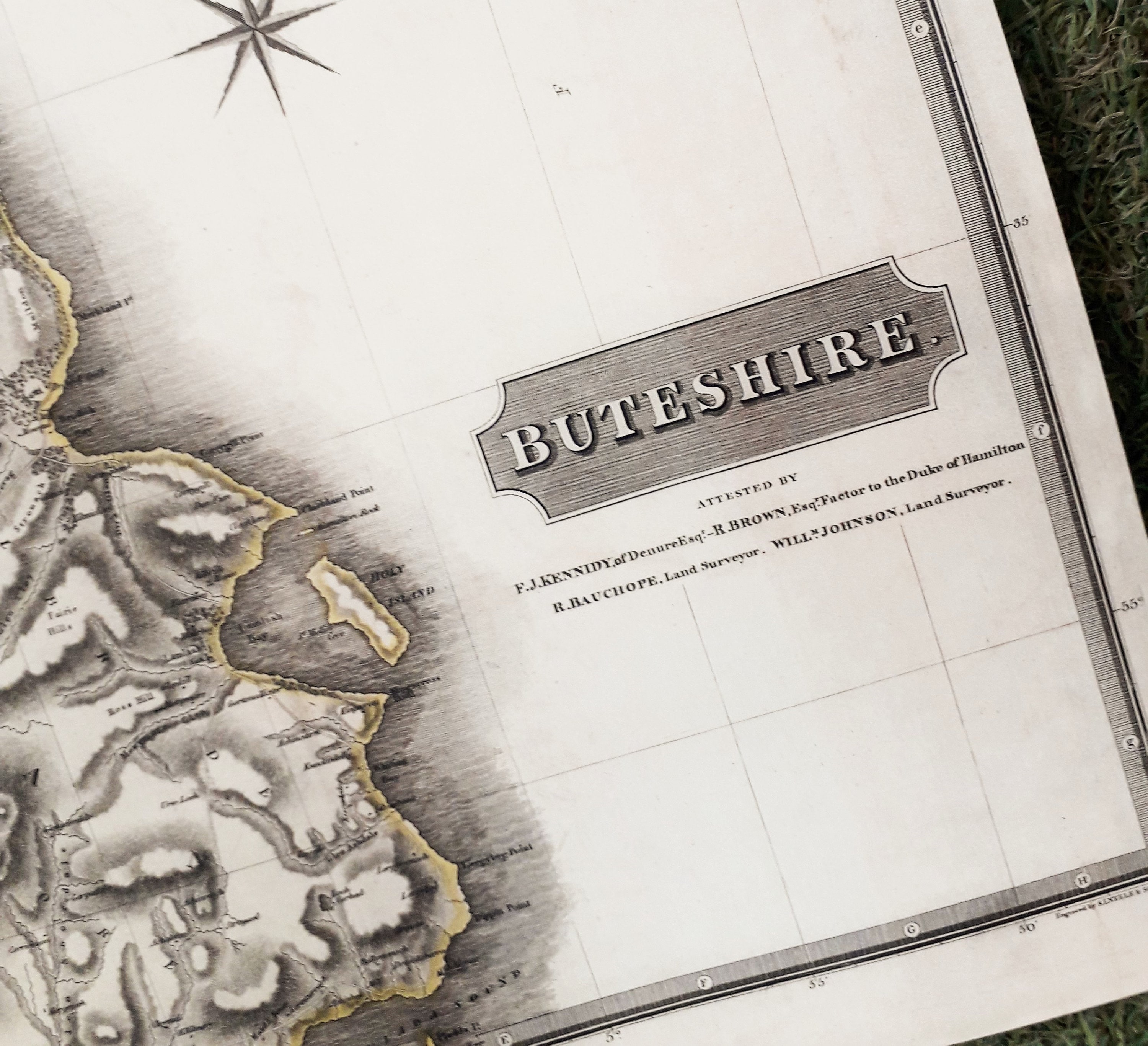 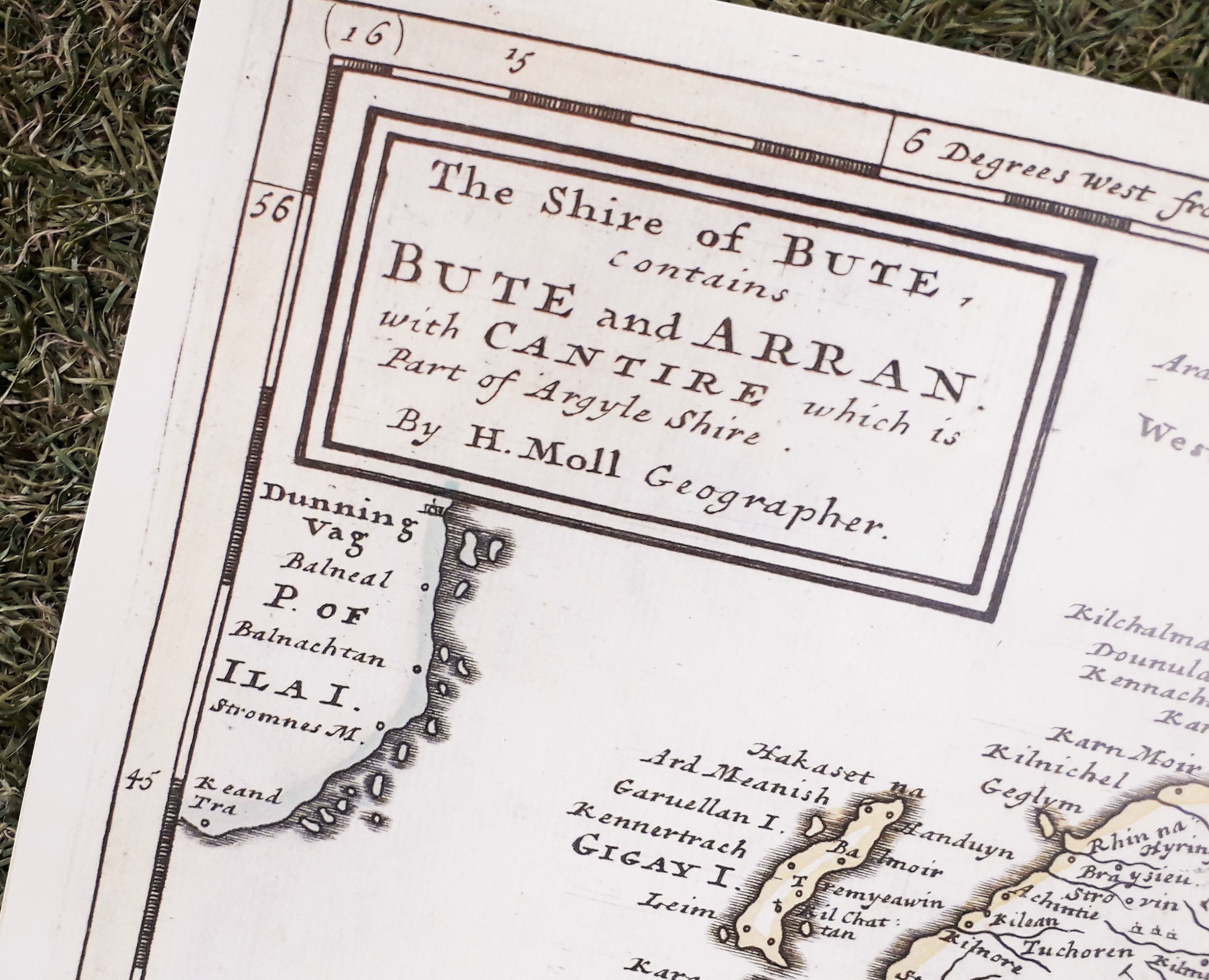 Add interest and a talking point to your décor with these historic maps depicting The Isle of Arran. Beautifully printed on 250gsm silk finish paper these show the mapping of Arran through the years and the interesting spelling of placenames and features.

Arania depicts a recognisable Arran despite the unconventional orientation of the map and shows place names such as 'Brodwick', 'Kildonnen', 'Chordan' and 'Lamlach' which are easily identified as the present day Brodick, Kildonan, Corden and Lamlash although the latter refers to the island in the bay and not the town!
Bute and Arran shows the Isle of Arran as seen by ‘H. Moll Geographer’ (1654-1732) and is inscribed with many recognisable place names such as ‘Frith of Clyd’, ‘Loch Rensa’, Campeltown, ‘Loch Terbart’,and ‘Rothesay’. It is also interesting that Mr Moll felt it important to mark in what is now the South Arran Marine Protected Area that ‘Here is Plenty of Cod!'
This Buteshire map was published by John Thomson & Co, Edinburgh in 1823 and depicts an Arran map that is very similar to modern mapping. In addition to the familiar places such as Lamlash Bay, Loch Ranza and Brodick Bay there are the lesser known ‘Ben Noosh’, ‘Glen Halmidell’ and ‘Fairie Hills’! It is also worth noting that this map was attested by (among others) R. Brown Esq, Factor to the Duke of Hamilton.


Available as a set of three A3 or A4 prints - Postage from the Isle of Arran is included. Should you prefer to click and collect from A Touch of Enchantment at Cladach please contact us for price adjustment.
A3 maps delivered rolled in postal tube.
A4 maps delivered flat in card backed envelope.
Also available individually - see other listings.


Check our other listings for more Arran gifts.

I gladly accept returns and exchanges

Ship items back to me within: 30 days of delivery

But please contact me if you have any problems with your order.

The following items can't be returned or exchanged

Because of the nature of these items, unless they arrive damaged or defective, I can't accept returns for:

0 items in your cart